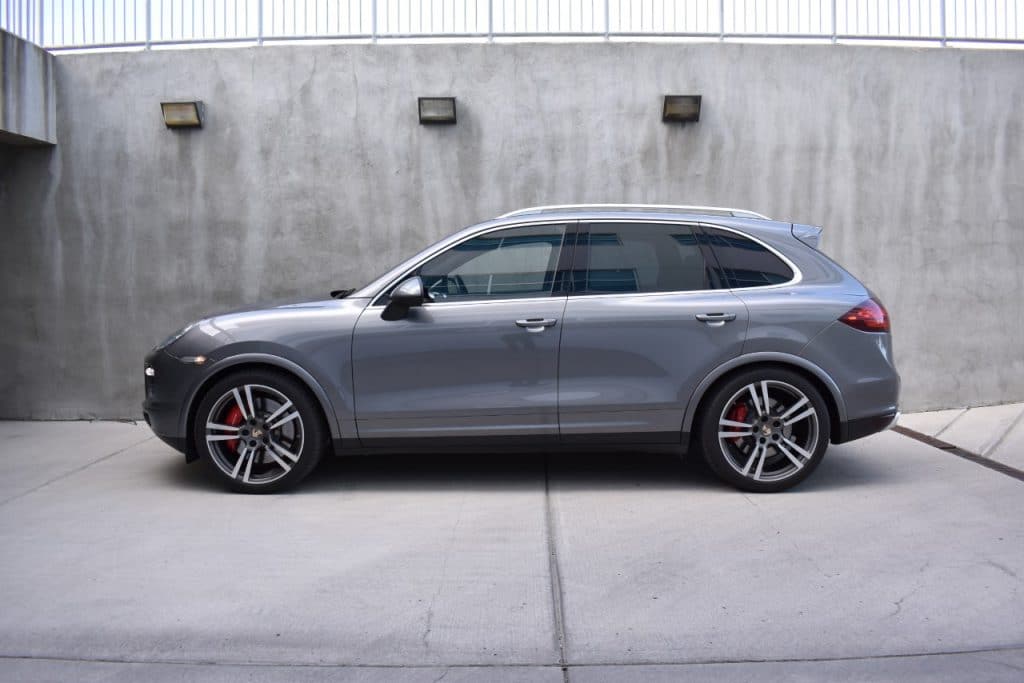 For 2011, Porsche introduced an all-new Cayenne model.  Internally, Porsche refers to this model as the “958” series.  As with most models of vehicles nowadays, a “facelift” typically occurs midway through the life cycle of the model.   The 958.1 is from 2011-2014, with the 958.2 from 2015-2018.   The Cayenne continues to be a success story for Porsche with overall sales increasing significantly to 300,000+ for the 958.1 model alone.  The sleek new design of the 958 series looks smaller than the outgoing 957 Cayenne produced from 2003-2010, however it is actually 5cm (2 inches) longer, and with a wheelbase that stretches out an additional 4cm (1.5 inches).   The biggest news for the 2011-2018 Cayenne is it’s weight loss.   With almost 180kg (400lbs) less weight to haul around, and engines with more power and an 8 speed automatic transmission, you can expect increased all around performance and improved fuel economy.   The 958.1 (2011-2014) is available with 6 cylinder engines (Gas, Diesel, or Hybrid power), or a 4.8 litre 8 cylinder with or without turbo’s.   For the facelift model 958.2 (2015-2018), the Cayenne S dropped the 8 cylinder non-turbo engine in favour of the new Porsche engineered 3.6 litre V6 twin turbo, also found in the Macan.  All engines have proven to be excellent performers.  As with maintaining any vehicle, Riegel Tuning highly recommends an Oil Service and Riegel Inspection report every 8,000 km’s.  We only use Porsche Warranty-Approved parts such as oil, oil filter, air filter, and any other items recommended for your Cayenne’s service intervals.  See below for maintenance, repair and pre-purchase inpsection tips for this series of Cayenne:

For the 2008 model year, Porsche gave the Cayenne a well-received Facelift.  Internally, Porsche refers to this model as the “957” series of Cayenne.  The engines received increased displacement, more power, and generally better fuel economy thanks to Direct Injection.  The interior finishes and exterior styling were improved and updated as well.   The “GTS” model designation was also introduced and is widely considered one of the best looking Cayenne’s.  It received most of options from the Cayenne Turbo, as well as Alcantara interior trim and headline. 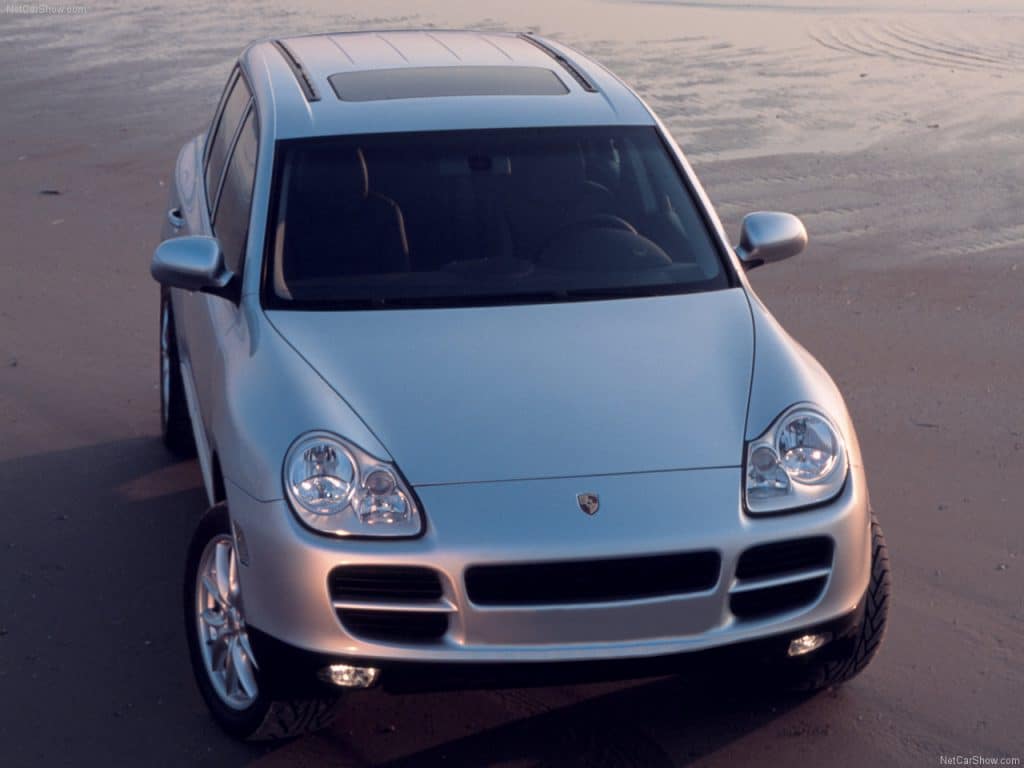 The Porsche Cayenne was first introduced to Canada in 2003.  Internally Porsche refers to the first generation of Cayenne as the “955” series.   The Canadian market received three different models, all with gas engines.  The “Base” model Cayenne has a 3.2 Litre V6 engine (borrowed from the VW Touareg), the “S” model with a 4.5 Litre V8 engine, and the “Turbo” model with 4.8 Litre V8 twin-turbocharged V8 engine.  As always, records of Service History is invaluable.   We encourage all of our clients to include as many Service Records as possible when they bring their vehicle to us for a Pre Purchase Inspection.   We will review these records for you and provide you with our feedback.   Some of the model and engine-specific areas we will look at when performing a Pre Purchase Inspection or a routine Service Inspection are:

Riegel Tuning is Calgary’s Porsche centre for Cayenne repairs, diagnostics, maintenance and upgrades. Our team of skilled Porsche technicians know your vehicle better than anyone else. Why? We live and breathe Porsche! Learn more about our services and what we can offer you and your Porsche.  Contact Us today!